Swagbucks MSE Offer – I didn’t get my double swagbucks – what can I do?

Early in July 2017, Martin Lewis’ Money Saving Expert website offered a Swagbucks offer for new and current members alike. The premise was that on certain ‘transactions’ on the website for a week, members would receive Double SB, credited to their account on 20th August 2017. The offer was here but is now expired, obviously. 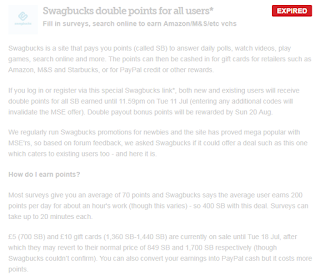 No doubt this brought in a whole slew of new members, good for Swagbucks and good for MSE, who would be making money from this deal too.

However, as is often the case, not everything went as it should.

Members were directed to a registration form that once activated, gave no indication that the member had actually been registered into the scheme. No emails were received. It wasn’t clear what was and wasn’t included in the offer. Confusion ensued. 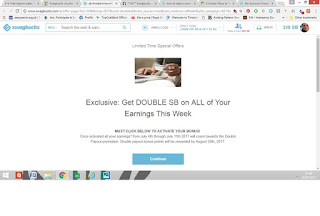 A week or so later, people started receiving emails. Well, SOME people. These emails confirmed that the member was indeed registered into the double SB deal. All good, right? Well, all good if you actually received the email… 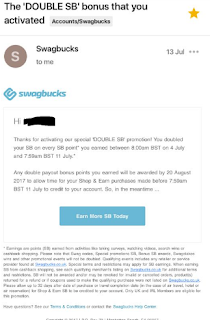 And tomorrow it’s time for the double SB to be added. It is expected that some people will receive their SB, but some probably won’t .

So what can you do?

1) Be patient. The Swagbucks day runs from 8am UK time to 7.59am the following day. Don’t jump the gun and expect your double SB at 8.01am. Give them time, there will be millions of Swagbucks to be sent out and we don’t know how automated their systems are.

2) Keep an eye on the Facebook Group – people will be posting in there whether they have received their SB. PLEASE don’t start a million new posts saying ‘Where are my Swagbucks?’ – find a thread that is already there and add to it.

3) Keep an eye on the Swagbucks Facebook Page – there may be announcements on there. You can also post a message to Swagbucks on there if you’re worried.

4) If all else fails, and by 7.59am on 21st August you don’t have your SB, then the only thing left to do is to ticket it. Choose ‘Customer service questions’ and then under ‘area of the site’ choose ‘Promotional Bonus’ and include the following screenshots: 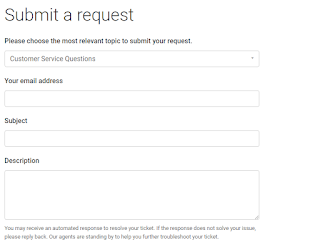 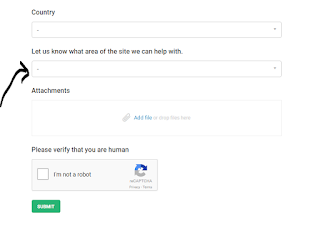 REMEMBER TO RESPOND TO THE AUTOMATED EMAIL THEY SEND YOU – EVEN IF IT’S JUST TO RE-ITERATE THE INFORMATION YOU’VE ALREADY SENT
Unfortunately no-one really knows how many SB they are due, as the original offer was so vague, but if you definitely registered then you need to ticket to ensure you at least get some.

Good luck, and please let us know in the Facebook Group any responses you get and whether you’re successful.

So hang fire on your ticketing until after the 21st has finished.

So it looks like people should be credited by 8am on 22nd – let us know in the Facebook group if you’re not!
**Update 22nd August 2017 – BONUS SWAGBUCKS ARE IN!
For more info see this post 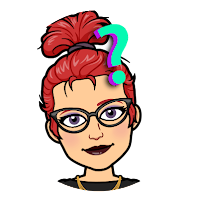