Will you have a #SummerSolstice Swagbucks search win success? 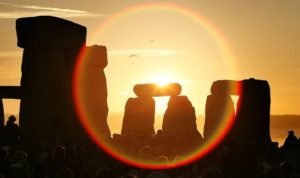 It doesn’t seem all that long ago that we were telling you Christmas cracker jokes, but we’re already halfway through 2019, and today is the Summer Solstice, otherwise known as the longest day of the year!

If you’re anything like the GPT Genies admin, you’re already gearing up to earn cash and vouchers ready for Christmas 2019, so hopefully we can help you on your way with a search win or two from our Summer Solstice facts – find out more about how our search links work here, or read on and hopefully get a Swagbucks search win along the way! Don’t forget to come and let us know in the GPT Genies Facebook group if you manage to get a win!

If you’re REALLY lucky you’ll find the 21sb First Day of Summer Collector’s Bill and get a 5sb bonus!

Not on Swagbucks yet? Why not join now by clicking the image below?

While I’m guessing that not many of us are sacrificing friends and relatives or travelling to Stonehenge, we can all join in celebrating the longest day of the year and trying to pretend that it’s not now the countdown to Christmas 2019!